Questions I get asked a lot:

I will attempt to answer them all here.

WARNING!  This is fairly dense information which will hopefully be useful for other people in my position.  However, if you just want an entertaining story, fast forward to point 5!

1. What do your lymph glands actually do?

Good question!  And one that I’ve been keen to get to the bottom of, now that I don’t have any pelvic ones left.  What is it that I’m missing out on?

Fun Fact: “glands” is actually a misnomer.  Although previously known as “lymph glands”, it has since been decided that they don’t actually produce the lymph fluid themselves.  Hence “lymph nodes” instead.  Feel free to correct anybody complaining about their “swollen glands” (that’s how you keep friends, right?!).

So, lymph nodes it is.  But what are they for?  I’ve read a lot of science about this and I hope this very brief explanation will make sense.  The lymphatic system contains a fluid called “lymph”.  This flows all around your body and contains white blood cells.  It helps rid your body of toxins and other waste.  The lymph nodes act as filters for the fluid, removing nasties and attacking infections with immune cells.  So the whole system is like your body’s cleaner, and the nodes are key for this to work.  In my mind, they are a bit like those friendly little pool-cleaning robots (only less chlorinated, and more bean-shaped).

2. Why did they remove them?  Were they cancerous?

In the diagnostic MRI scan before my surgery, two of my lymph nodes showed up as “equivocal”.  That is to say, they didn’t show as definitely positive or negative – so although it was hopeful that they weren’t cancerous, they weren’t obviously clear either.  As I explained here, pre-surgery I was on the cusp of the fertility-sparing operation I hoped to have.  If there was any spread to the lymph nodes, I couldn’t have it.  So the first step in the operation was to remove the two equivocal nodes and test them.

Happily, the pioneering pair turned out to be node-negative: no cancer.  Hooray!  The operation could proceed.  However, as I believe is standard in Radical Trachelectomies, all of my pelvic lymph nodes were removed (27 in total, it varies from person to person); a Lymphadenectomy, to give it its proper title.  These nodes are then all thoroughly examined in the labs so that even the smallest spread can be detected and dealt with.

It makes sense that local lymph nodes are at high risk of harbouring cancerous cells, seeing as it is their job to filter out bad stuff from your system.  So if a cancer starts trying to spread, it is likely that they will trap it first.

To quote the NHS, “Lymphoedema is a chronic (long-term) condition that causes swelling in the body’s tissues…The main symptom of lymphoedema is swelling in all or part of a limb or another part of the body, which can cause problems fitting into clothes, or jewellery and watches starting to feel tight.” (NHS Choices)

The Lymphadenectomy doesn’t mean I will definitely get lymphoedema, but it does increase my risk of it, as does the local scar tissue from the whole operation.  If contracted, there is no cure – although there various things that can be done to manage and minimise the symptoms.

For me, the danger-zones are my legs (including, annoyingly, my feet).  I have had an assessment by the Lymphoedema Team at the Royal Marsden, who give advice and support in these cases.

Here are some 0f the main things I have to remember now:

4. How long do you have to wear those white tights for?

Wear a pair, wash a pair

Short answer: 6 months following surgery, so for me that is until the beginning of August.  I’m lucky that the majority of it will have been in cold weather, as the last few days have been a bit uncomfortable!

I’ve had to wear them for 24 hours a day for the first 6 weeks or so post-op, until I got to a more normal amount of movement in a day.  To be honest, by that point it had become so expected to wear them all day and night that I’ve carried on for longer anyway.

Tip: I have 3 white pairs of medical compression stockings – much easier than 2 when it comes to “wear a pair, wash a pair”.  I would recommend hand-washing the stockings every day in the shower so that it is an easy part of your normal routine rather than a persistent extra task.

As well as the attractive white (now greyish) stockings, I was allowed to choose another style to order from the Lymphoedema Team.  I went for black, closed toe, thigh high stockings.  These seemed to be the most flexible.  Although I find stockings annoying, the idea of wearing compression tights up around my abdomen at the moment is not worth entertaining.  Between the hospital and my GP, I was allowed to order 2 pairs of these free of charge.

5. Why are your legs so hairy? 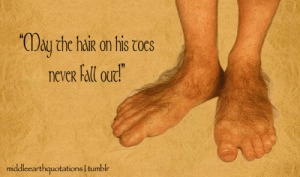 To be fair, nobody has asked me this.  Even if they were rude enough to, seeing as I wear thick white/black stockings 24/7, nobody has even had the opportunity to see my legs.  But I have.  And they aren’t pretty.

On a scale of one to cancer, having hairy legs ranks pretty low down.  But it’s another one of those things which makes me feel a little bit less normal (for me – other people can do whatever they want with their legs!).

About a fortnight after leaving hospital, I had a brainwave.  Surely my legs were now hairy to the point that I could start epilating them, an approach I was sure I had the time, patience and pain-threshold for.  After doing some in-depth research, I chose my weapon and ordered it off Amazon.

The next day I explained my master plan, with some glee I must say, to my boyfriend and a visiting friend.  They seemed less impressed than I had expected.  A lot less.  Practically in unison, they pointed out that although epilation might not actually break the skin, it basically traumatises the whole area.  Under the circumstances then, not such a great idea.  I cancelled the order before it had left the warehouse.

So my legs remain as hairy as a hobbit’s foot.  But I have just got really good at ignoring it for the 20 minutes a day that I’m not wearing the stockings.

If you want more expert information/advice, try these:

3 thoughts on “Lymphoedema? Not for me, thanks!”