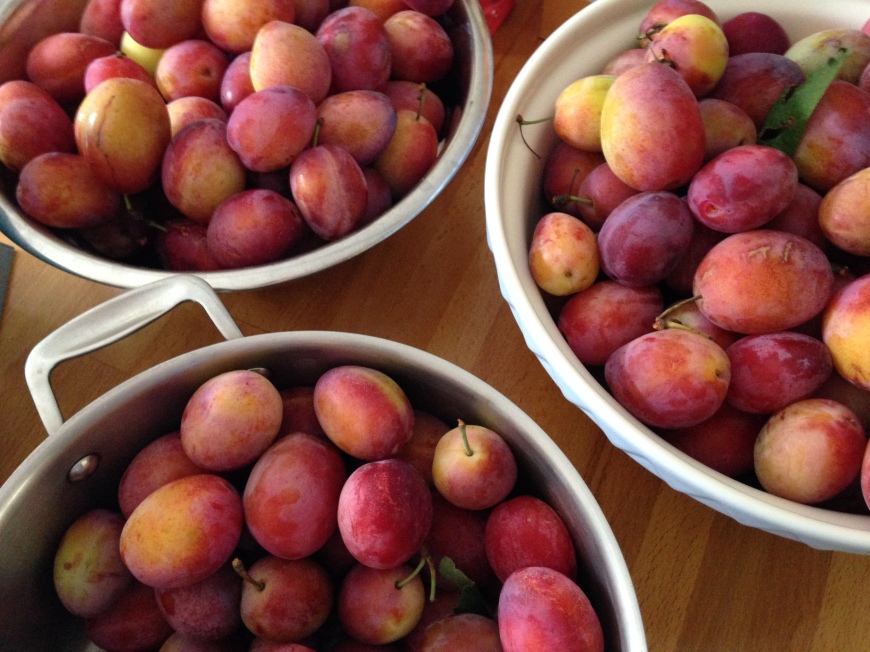 Due to popular demand (one person asking), I am going to share the recipe I used recently to make two reasonably successful batches of plum jam.  We’d been struggling to decide quite how to use up the glut of Victoria plums our hardy little tree produced this year.  I’d have loved to have created a smattering of plum puddings: from buttery tartes tatin to almond-laced crumbles, to name just two.  But we’re hardly throwing regular dinner parties, so copious desserts aren’t currently required.

Settling on jam as a handy way of tackling the fruit, the first hurdle was trying to prepare the jars correctly.  Fortunately, given that I live with Winnie the Pooh, there are lots of empty honey jars stored in the cupboard for just such a purpose.  However, we don’t have a dishwasher, and every recipe or article I read seemed to give different instructions about how to prepare jars correctly.  Confusing.  In the end, I settled for washing the jars once and letting them dry, then washing again in boiling water and warming in the oven at 110 C until filling – so the jars are hot when the jam goes in. The jam is covered with a circle of wax paper and then the lids are screwed on tightly while still hot.  I didn’t boil the jars in water as some advice suggests.  I intend to give the jam away and encourage people to eat it soon, so that long-term storage isn’t an issue!  In fact, I read that fresher plum jam is tastier anyway – it doesn’t improve with age like a chutney – so this is a positive, gastronomic approach too.  Obviously.

What I will say is that every jam recipe I’ve come across is different.  That makes sense when you think how many different consistencies of jams you can buy.  So I just made this up according to the sort of jam I like – feel free to tweak to your taste!

We decided that the first batch of jam could be fruitier, so we doubled the amount of plums in our second batch.  The jam didn’t set, so we have a batch of sloppy, fruity jam which is delicious on porridge, pancakes, etc.

We also added some other ingredients to test: flaked almonds in one batch and cinnamon in the other.  Both were delicious flavours with the magnificent plums. 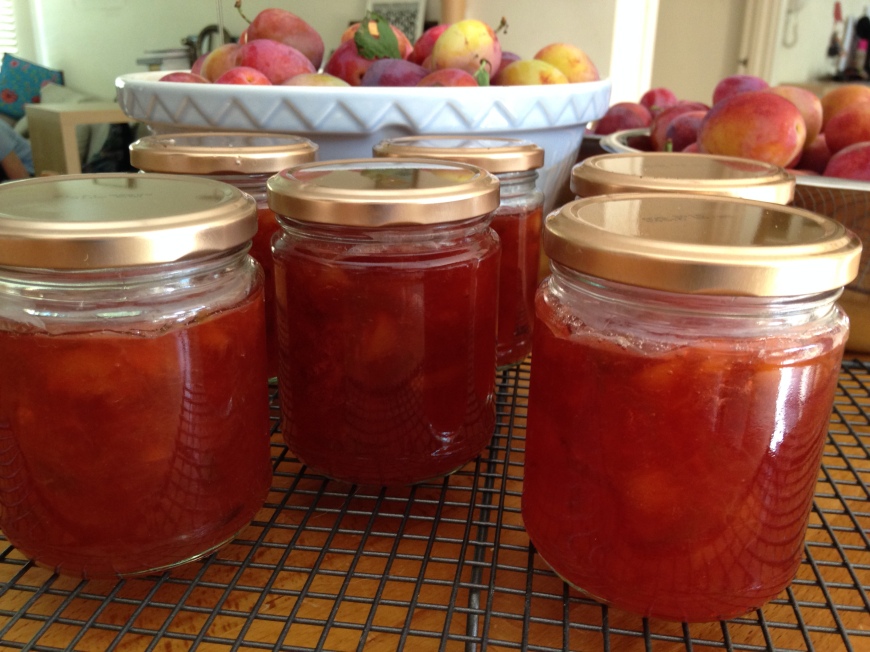